Every marketer has experienced it: you’ve created an absolutely killer email that you know is going to outperform anything you’ve done before.

And then it doesn’t. You get little to no response.

It’s disappointing, and leaves you with the question: what now?

Cold Email Follow-Up After No Response: What to Do (and What Not To)

Following up on an email when your recipient didn’t respond can be hard. Many marketers are reluctant to send follow-ups for fear of coming across as pushy and driving leads away.

While understandable, it’s an outlook that costs valuable leads. Cold email follow-up is a powerful, effective tool when done properly.

Writing awesome cold emails in general is a major topic in itself. You can read our guide on cold email copywriting for a detailed look at how to craft powerful cold emails.

Many marketers think a new design or a different style of content could drive a spike in responses. To an extent, this is true – you should always be testing new tactics – but a huge part of cold email success is your timing.

Think about it. How often have you seen a message and made a note to get to it later, only to totally forget about it? It happens to everyone, all the time.

It also happens to your email recipients. Some of them will see your message in their inbox, but don’t have time to check it out right then, and it slips through the cracks.

Sending a follow-up reminds them that you exist. It’s important to break through the mindset that follow-ups are a bad thing.

Iko System performed a study of response rates across a series of follow-up sales emails. Here are their results:

They kept getting responses to all seven emails. Imagine if they had stopped with the first email (like many marketers do).

Let’s say they sent to 300 people. At a response rate of 18%, that first email would have generated 54 responses.

In contrast, all seven emails would have generated a total of 212 responses. That’s an immense difference. You can see that follow-ups are a very powerful part of your arsenal.

Following Up: What Not to Do

Here are a few things you should avoid doing in your follow-up emails.

It can be summarized like this: don’t do anything that would annoy you if you had it in your inbox. You want to drive responses, not unsubscribes.

What to Do Instead

All the same tips that apply to writing a great cold email apply to follow-ups as well. Here’s a quick summary:

Getting the Frequency Right

As we saw above, Iko System saw strong success with their cadence of seven follow-ups. That’s a good number to set as your maximum follow-ups; if someone hasn’t responded after a total of seven emails, they’re probably not going to respond at all.

If six feels like too many, you can always just try one or two at first and see what sort of engagement you get. If you’re still seeing some responses from your second follow-up, add a third one on. If that one works too, add a fourth, and so on.

Everyone’s experience will be different – the cadence that worked for Iko System might not work for you. It’s important to test and make your decisions based on what worked for you.

Often called a “breakup email”, your final follow-up should be a firm goodbye. Make it clear to the recipient that this is your final outreach without their response.

Far from being dramatic, this is actually backed up by psychology. It can be summed up in the expression “losses loom larger than gains”, meaning that people are much more motivated to prevent a loss than they are to make a gain. 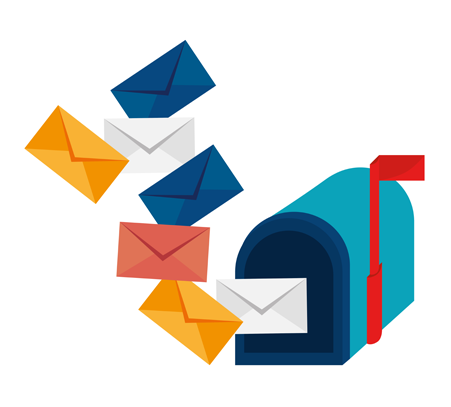 If you make it clear that by not responding, they’re losing the opportunity you’re offering them, that offer suddenly becomes more important than it was before.

Again, this tactic may not work for everyone. Test for yourself and move ahead with what works best.

In order to do their job, those cold emails need to reach their recipients’ inbox.

Get your cold campaigns into inboxes, not spam folders. Get a 1-on-1 demo today and see it in action!

Linkedin
← B2B IP Address Trackers and GDPR: What You Need to Know
What a Bulk Email Sender is, and Why You Need One →